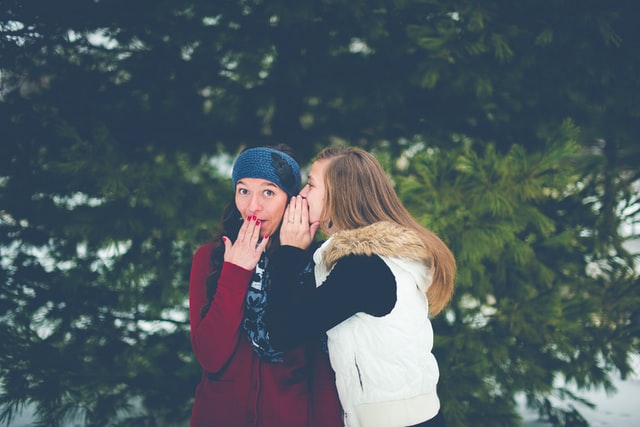 No one wants to get cheated on, it’s the worst! However, if you got cheated on and the person gave you the most embarrassing or ridiculous excuse to cheat is on a whole new level. Unfortunately, there are women who can relate to this and it happened to them too.

So if your husband cheated on you for a lame excuse and you're looking for a family lawyer to help you file a divorce, you will surely relate to this. A lot of women shared their experiences in a Twitter thread that became viral with 2,700 funny responses later. Here are some of our favourites below and we will tell you the story behind them.

1. She'll just end up as a housewife from @roughtess

Her ex told her that he was hoping she'll realize that she was made nothing more than a housewife. Her ex told her this and that he'll cheat during the time of her graduation where she'll be receiving her masters from an Ivy League. But what she realizes is she'll be more successful than he'll ever be anyway! You go, girl!

2. He was forgetful from @JupiterDreamCo

Sometimes people can be forgetful, it's normal right? But can we forget the people we are dating? Well, this second story we got here is that his ex cheated on him because he forgot they were dating.

3. He needs to pay her back from @Kat_Dombroski

When someone shows us a good deed, it's normal that we want to pay them back. Well, this time it's different for this girl because he's ex told her that the other girl bought him a Jimmy John's sandwich and he needs to pay her back in some way.

4. It's God's destiny for him to do it from @chrismayf

According to Christina, her ex literally told her that the reason why her ex cheated is that God told him to do it and it was his destiny to cheat on her. Her ex sounds like a psychopath, right?

5. Girl forced to take her number down from @aliruefit

Can you really force someone to take their number down? It sounds ridiculous, right? Well, this guy told her that he was forced to take the girl's number and he took her to the movies just to tell her he had a gf. I'm sure I'm doing the facepalm right now!

6. She fell asleep from @amanwarren98

Sometimes we get mad when our partner sleeps on us, but it's not a good reason to cheat! This girl's ex cheated on her because he is not sure if they are still dating after she wasn't able to text him for 10 hours because she was sleeping. Awkward!

7. Not snooping on his phone from @ariannacyrene

Don't we hate it when our partner keeps checking our phone? Well, not all people are like this. This woman's ex cheated on her because he told her that she doesn't go through his phone and he needs to keep him in check and that she never tried going through his phone. Pretty sick, right?

8. She hates the distance from @JessaFer94

Well, they say that if you love someone you will take the extra mile. This girl's ex told her that she was not worth the drive anymore. Take note, her ex is from PA and she lives in Michigan. The other girl that she was cheating with for months is from Canada. Crazy! The cheating ex has to drive through her state first near her city and cross the border for her other chick. Whoops, liar!

9. Sorry I had a heart attack! from @lanzo0rtega

Okay, sometimes you'll just know that when a person is lying to you, it's because it's obvious that they're really lying in your face. This cheating ex didn't blame her for what he did but his excuse for not showing up one night is because he had a heart attack and was in the hospital.

Well, maybe it's just the feeling of doing something bad to someone and it's giving you the feeling of having a heart attack knowing that the person will find out the truth sooner. Yeah, we get it! It's totally understandable!

10. You remind me of her from @kaitlynosborn_

We all met and saw a person that reminds us of someone we know! In this case, the guy cheated and his reason is that his ex-girlfriend had the same name and birthday as her and it reminded him of her. This sounds worse than having a clone, right?

Now that you read these lame and funny excuses for cheating on someone, do you also have a personal experience similar to this? Or do you know someone who was cheated on and were given the most ridiculous alibi you've heard in your life,  so if it's okay, comment them down below! Let's just laugh about it!

How to Buy Ideal Farm House For Sale in India

- When you buy ideal farmhouse for sale in India, it means that you are taking the right decision. It is a very important decision and you cannot

- Michigan Industrial Cleaning Company is one of the leading service providers in the state. They are located in Detroit and are dedicated to providing qualit