And we will show up and be supportive at school assemblies

It's 5:30 a.m. on a summer day. I should be sleeping like the rest of the world, ensconced in a woolly blanket of certitude that there is no work today, only vacation. But I can't really sleep. It's the first day of school, you see.

There is an old theory of learning that says education isn't about teaching students new things but only about reminding them what they already inherently know.

It's a high-minded theory that assumes everyone is what my old college president would have termed "educable," that knowledge, like truth, is not relative, but exists on its own plane running parallel to ours and may be accessed by revelation.

One need only be shown the hidden path to the oracle's chamber, so to speak, and all will be unveiled.

Sometimes, though, it's not the student but the teacher that needs to be shown the way.

Perhaps we are so inured to others' needs, so accustomed to our own convenience, that we modern folk oftentimes don't pay heed to the tragedies occurring before our very eyes. Particularly for parents trying to educate our children, there seems to be a wall in front of our eyes that shields us so often from the truth.

We place our children in schools in the hopes that they will learn what is needed for them to survive in this world: facts, figures, social aptitude, an inquiring mind, an entrepreneurial spirit.

And we will show up and be supportive at school assemblies, classroom field trips, endless fund-raisers, sporting events, etc., ad nauseum.

We provide classroom supplies, chaperoning, transportation, library staffing, even office support, all in hopes that we are furthering our children's education by setting a good example and freeing up the teachers to do "what they do best."

Too often, though, what parents get out of this bargain isn't what was promised. Instead of bright, energetic, go-getter scholars, what we are handed back is children who are lethargic, beaten down and drained of any creativity they once had. We get kids who are indoctrinated into political correctness -- which is to say the art of arrogant whininess -- but who can barely multiply. We get kids who have been taught in "science" class to recycle to "save" the planet, but who can't explain to you how an airplane stays in the air or how an internal combustion engine works. We get kids who have been forced to memorize Dr. Martin Luther King's "I Have a Dream" speech and participate annually in Cinco de Mayo but who can't explain one contribution of white people to the world other than bringing disease to North America.

In some schools, it's not unusual for as many as half the students to drop out before their senior high school year. Of those who hang in there, many seniors can't even pass an eighth-grade-level exit exam to get their diplomas.

And just to add to parental enjoyment, along the way, the children have almost certainly been exposed to gay sex, oral sex, premarital sex, contraception, abortion, illegal drug use, alcohol abuse, nihilism and atheism. All under the auspices of the school, and all before sixth grade -- kindergarten, if some legislators get their way. Recess and that after-school time before parents come home provide ample opportunity for kids to put into practice what they've learned in "skool."

Parents may seek relief in private schools, but often what they encounter is no better, just more expensive. If you are rich enough, it is still possible to buy your children a real education. If you're merely well-off, more likely what will happen is you will pay through the nose, and your children will receive an education that is relatively free from the sex- and drug-teaching curricula of the public schools, as well as the more violent forms of playground bullying. But for the most part, the rest of the teaching agenda is the same, particularly if you live in a state like California, where private schools are so regulated that they often just give up and use the same books, the same curricula, same time tables and same test "preparation" procedures as the public schools. If you're lucky, there might be some time to squeeze in a little religious education.

That was our experience. Not being much of a corporate yes man myself, we've often been on the lower rungs of the economic ladder. Still, we managed to put our son into private schools despite the cost. Sending him to our local public elementary school was out of the question. The first time we went to that school's office, there were three children being treated by the school nurse after getting beaten up in the halls. The second time we went to that office, the police were there having a "chat" with a boy who looked like he was in about fourth grade.

So we got our son into a local private school, with high hopes of better things. Now, when he started kindergarten, he was almost a whole year younger than the rest of his classmates because of the oddity of birthday cutoffs, but he still tested above many of them. That glowing moment didn't last long, however. Soon, we were told that our boy needed a speech therapist because he had trouble pronouncing certain syllables. We took him back to our local public school, which actually had a real speech therapist on staff, and after five minutes she pronounced not only was he normal for his age, but he was exceptionally bright and seemed like he was a few years ahead in his vocabulary, even if he couldn't quite pronounce his "th" sounds yet. 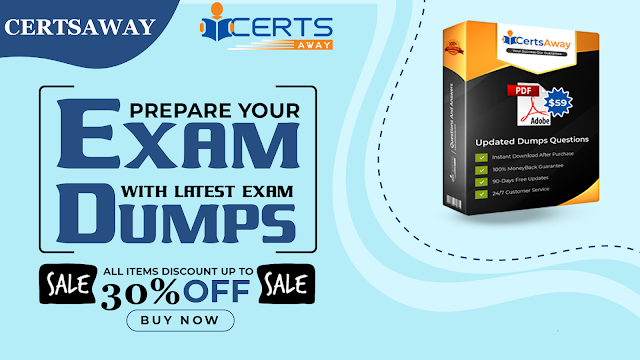 A feared of sitting inside a RedHat EX407 exam? Get the EX407 Exam Dumps Questions

- The demand and use of structured cables are growing with each passing day, and it has become a necessity for everyone to get better data transmission